In the film “My Chambers of Wonders”, four children, who couldn’t be more different and wonderful, take us on a journey into their own world. There is no stress, no bullying, no racism, no exclusion because there is one thing that connects the four protagonists: they do not fit into the current image of society and are judged by the stereotypes. 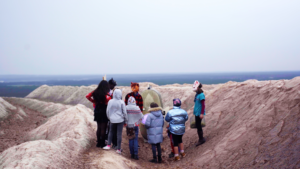 Wisdom can no longer bear being called the “foreigner” and being mocked for his skin colour. One day he would like to travel to Cameroon to get to know the country his parents came from.

Joline just wants life to be less stressful. She prefers to never grow up and play forever.

Elias wants to show that he can do more than everyone thinks, even if he sometimes takes a little longer. He loves technology and photography, his favourite thing to do is to collect fans.

Roya fled Iran with her family five years ago and today often wishes that German was her mother tongue. Then her classmates might not think she was bad at school. 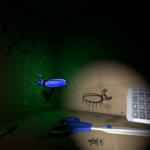 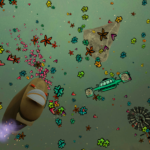 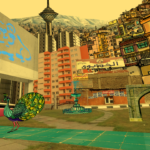 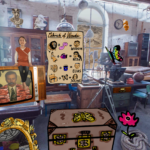 All four meet in their own world, with diamond tree houses, cat people, dandelions, mermaid costumes and crazy voice boxes. Everything is calm and safe here, no everyday stress, no discrimination – just being a child and, best of all, forever.

We met the filmmaker from Leipzig, Susanne Kim, for an interview and asked her, among other things, what her personal Chamber of Wonders looks like. Accompanied by the guinea pigs that are everywhere, this is mainly the work with the children. In contrast to comparable productions, the children in “My Chambers of Wonders” are fully involved in the making of the film. This approach creates much closer access to the thinking and feeling of the children and leads you to views unknown before. These different perspectives, always at eye level with the protagonists, make the documentary very special – just like every kid in the film is special in their own way.