In her feature film debut “May God Be With You”, Cléo Cohen embarks on a personal search for traces of her own identity and roots. She confronts her grandparents with direct questions and is not afraid to contradict them. Nevertheless, it is not a cold discussion but an intimate portrait of the generations in their environment. 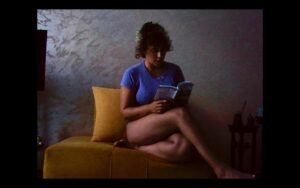 You can see one of her grandmother’s sewing, the other one rummaging around in the closet. The film recordings look like an authentic portrait in which it is not the camera that has the greatest presence but the curious granddaughter. The persistent questioning is by no means a strategy to bring the grandparents out of their comfort zone but rather a result of the filmmaker’s emotional dismay.

Cléo Cohen incorporates her emotions and the process of research into the film, thus not only building bridges to her present but also to current political controversies. Can Jews be Arabs?

At the same time, Cléo Cohen lovingly gives space to the worlds and views of her grandparents by contradicting them. That is how she shows her honesty and respect. It is essential whether or not her ancestors, with their life experience and as contemporary witnesses, agree with her political and cultural positioning. Cléo Cohen compassionately asks her grandparents and yet does not give up her own position and curiosity. 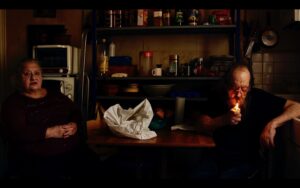 The film shows a young woman’s confrontation with her family’s past and her constant relocation as a result of this. The filmmaker takes us into her grandparents’ lives and gives insights into her experience and reflection on the conversations.