In his film „Enfants du teril“ the French film maker Frédéric Brunnquell accompanies the brothers Loïc (15) and Théo (10) through a certain stage in their lives. They live in a poor mining region in the North of France together with their mother. The lack of money is always present. This, however, does not hinder Loïc and Théo to dream of a better future. Loïc’s life isn’t simple: constant bullying in school and hostility due to his sexuality never let lose. His strive to earn money leaves him to drop out of school. At the same time his younger brother wishes for a career to enable him and his family a better life.

We really liked this film, as it is eye opening and thought-provoking. The appalling situation the people live in is not an individual case. The whole region consists of ruinous houses with broken windows and crumbling plaster. 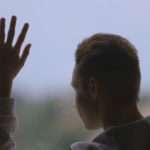 We liked that the protagonists are introduced and that we get to know something about their past. For Loïc it is especially tough to tell his story. He asks himself why life is the way it is. In our opinion his character and thoughts were captured by the camera quiet well.

A very emotional moment happens when Théo speaks about his dreams. It seems to be sad, thinking that he will maybe never have much money, a fast car and a big house. Due to the incorporation of Théo’s and their mother’s perspective, the audience gets a good insight into their lives.

The film is not unilateral, it lets the audience take part in good and bad experiences of the family.
The music underlines the mood in the film: a little dark and depressing. The editing is very casual. 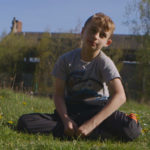 We were two who went to see the film and we had different perspectives on the reasons for poverty. On the one hand, the mother might just not want to look for a job. On the other hand, there might not be enough jobs in the region and she has to take care of her kids.

„Enfants du teril“ or „Coal Heap Kids“ is a film which deals with the life and dreams of a family in a very sensitive way.