Home cooked food in Germany: Sauerkraut and potatoes. These field fruits are also very popular in eastern Europe, especially in Romania. They are so popular that nothing else is produced in certain regions. In the southern Romanian village Lunguletu there are 4000 cabbage and potato farmers out of 6000 inhabitants in total.

The Romanian director Serben Georgescu visited the village and was given one fourth of a ton of cabbage for 10 Euros which lead him to the decision to seep into the potato and cabbage business himself. He documents this self-experiment in his film: Cabbage, Potatoes and other Demons. The world-premiere was at this DOK festival. The DOK Spotters Miron and Moritz were able to speak with the humorous director. 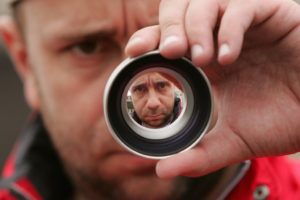 How did you get in contact with documentary movies?: Oh, this was a while ago. My mother was telling my about a film she had seen, Mondo Cane, from the year 1962. Only years later did I then watch it myself.

Which topic would you like to shoot another documentary about? So, I think about people and their stories, about people and their surroundings, like my film here shows. In the end, it’s about real life… I don’t really have a wise answer to your question! This here is my first real film, a documentary movie, before that I only did adventure movies.

This entry was produced by Miron und Moritz